As i already made public, i felt the need of switching from my old and not so up-to-date Saitek Proflight Yoke to something decent.

Due to the fact, i am owning a Jetmax 777 by FDS Cockpit, it is not so easy finding a T7 Yoke. But after some search and also some luck, i got hold of Darryl at ACE – Aircraft Controls Engineering. He told me that they are producing a T7 Yoke.

First off i have only been thinking of the desktop yoke line they advertised over on Facebook, but after asking for on offer, he told me that there is also a Pro Line Series, which holds some nice surprises.

They are currently producing 737/747/757/767/777 Yokes in this Pro Line variant and as many of the builders out there have already purchased their products, i thought i give them a go. But not without have checked on the actual measurements and looks on the real airplane.

Finally i did my order on the 16th of December 2016. And after payment and monthly updates on the progress i received it on 28th of March 2017. So 3 months of waiting! 🙂

Price for this particular yoke is USD 1495,- excl. shipping.

It has been shipped with UPS and i was able to track it from leaving Louisville in the states on an MD11 from UPS via FR24.com… thats been fun. Shipped it on Thursday and received it Tuesday the next week. Quite good performance from Canada to Switzerland.

As you see the packaging is quite good, for such a heavy tool. Only thing the Styro on the right hand side has been loose due to a dent in the cardboard box, but thats what they are for. Although travelling for 5 days, the yoke had no scratches, loose things, dents or anything else. Just in perfect shape.

After unpacking it, it looked even better: 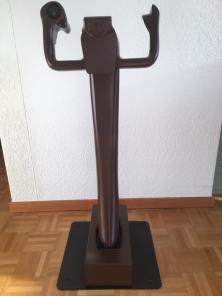 Additionally, it comes with the stickers for the evacuation checklist and aileron trim, which you can stick yourself on the yoke. Attention, those things are not engraved.

Also what you need, is a A-B USB Cable, which you get in every good electronic store.

After installing it in my pit, it just looked awesome and gives you so much more immersion. The feel of this all metal productions is just fabulous.

Please bear in mind, you need to screw it down, otherwise flying wont be possible, because of the yoke lifting itself. Although it weighs around 15kgs.

Here a shot, how it looks when installed in the cockpit: 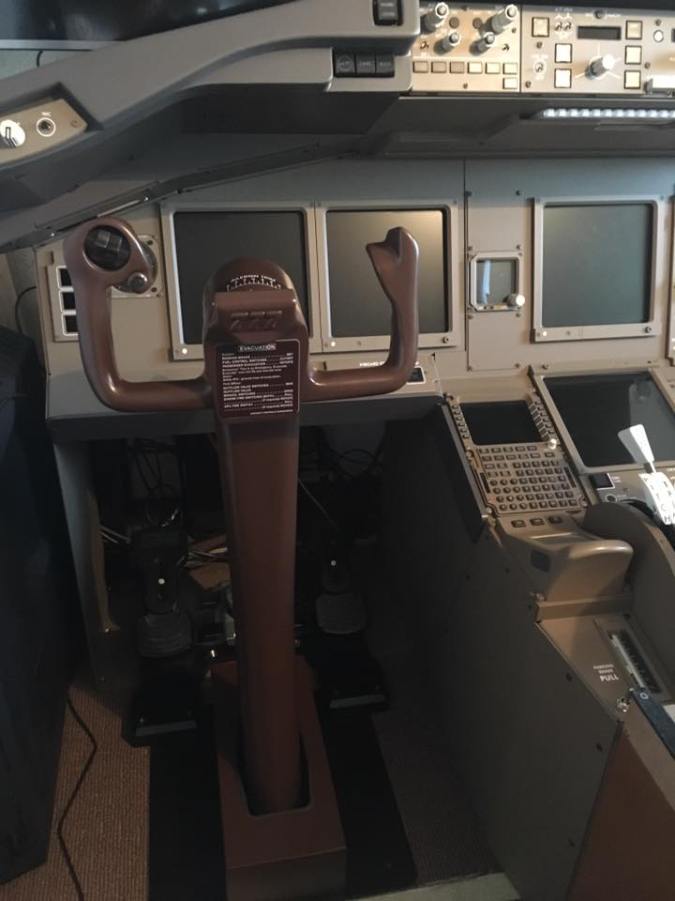 You can decided yourself, if it fits or how it looks. I think it is just gorgeous. Handflying approaches and control the aircraft, just feels like real.

After calibrating the yoke in windows and FSUIPC, you can take full advantage of the AP disconnect button, the trim switches and the PTT button on the back of the yoke.

I flew several touch and gos and handflying has never been such a joy, as with this yoke.

So in conclusion i just can say, that buying this yoke has been a good choice.

I hope i could give a little view into and at this yoke for some of you people and i will try to upload a video on youtube soon, to show the operation of the yoke.

If you have any questions, just drop me a line! Next Up FDS Pedestal and FDS Overhead.