As sometimes it is not really handy to have all your charts only on your desktop PC, you might search the same as i did. A decent EFB solution. And as most of you builders and “soon to be” builders know, is money sometimes a problem or at least a factor… thats why i have to solutions for you i personally use myself. Hope i can help you a little bit with my information on this topic…

First in the line is NAVIGRAPH

With the release of the last version of their IPAD/Android APP and Charts Desktop, they introduced

worldwide Chart Coverage and went away from their longtime LIDO charts. Personally liked the Lido Charts, as they are by far more coloured but i grew up using Jeppesen Charts during my Training and during the last 15 years i had only Jeppesen Charts on all aircraft i had to work with.

So i am pretty used to it. But although using LIDO was a different experience and as EK is also using LIDO charts, would have been nice to be conform at this point also.

Navigraph gave the whole app a nice update and you can also use it as “EFB” when entering the route it will show up on your map. And so you can use it as Moving Map which shows you all your airports, airways, high altitude charts and of course all airport charts, as you are used to.

With Simlink installed on your Flightsim PC you are able to see your actual aircraft postion on your IPAD or Android Tablet and on your desktop PC running Navigraph Charts.

Left side shown is the layout of Navigraph Charts on an IPAD in the “night” configuration. Its one of the features which i like the most with the new app. Because flying mostly during nighttime or late in the evening, i want to benefit from my gorgeous green lighting in my cockpit and so i darken all what is possible.

Here you see the whole range of possibilities. You can also access the charts through Charts Cloud on your cell phone or via the Desktop application on your PC. 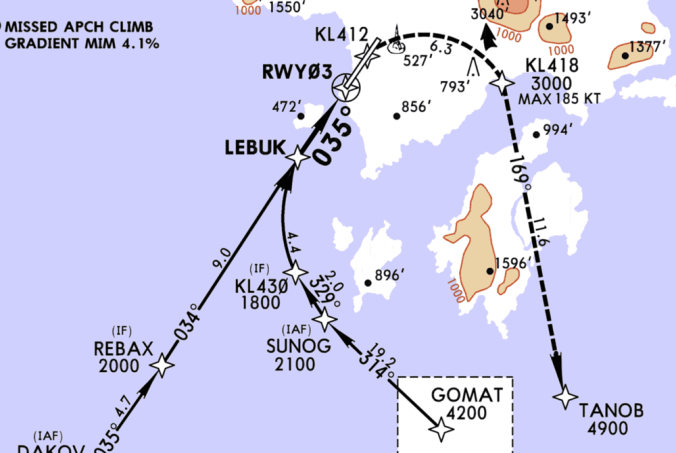 The Airport Charts are easy to understand and have the good old and long time used Jeppesen format. I like them. They tell you all you need to know in just one little blink of an eye.

The visualization of your actual planned route, through entering all your planning from programs as PFPX, Simbrief and others will give you even more immersion. 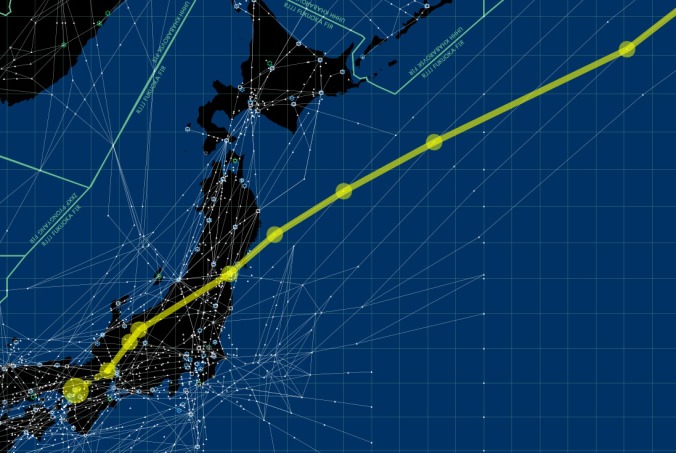 With Simlink installed, you can track the actual position of your aircraft on most of the charts on your IPAD / Android Tabled or PC. 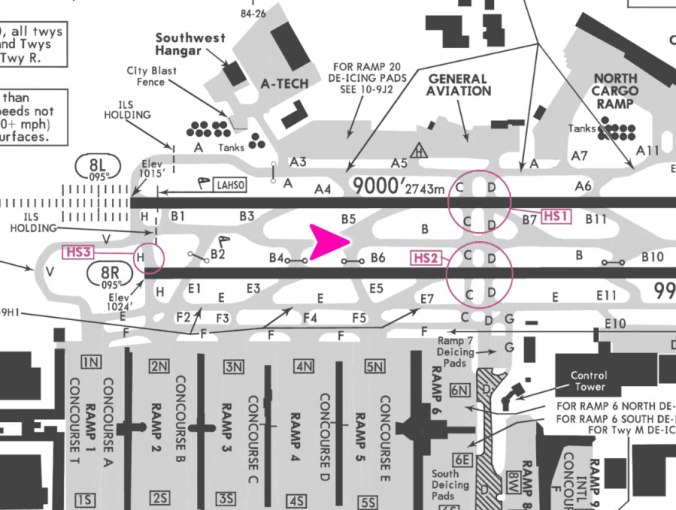 Possibility to switch between day and night mode, is a vast improvement to the bright IPAD / Android Tablet screen next to you in your pit. And it helps you to keep control of your approach and or departure in your cockpit.

ForeFlight Mobile Applications are aiming more directly to the “real aviation” segment, as i was told also by Chase from ForeFlight Support during my prepurchase checks. But they are constantly thinking about spreading the field also in the “virtual aviation” market.

I have been searching a decent EFB apart from my charts solution from Navigraph, which will give me more detailed information on where i am, how long i still fly to my Destination, traffic around me and planning, etc…

Although there are numerous solutions out there, but no one really suited my needs until i found ForeFlight. Its a littly beefy in its price for 1 year without Performance and Profile calculation you pay USD 99.95 incl. either US or CAN charts in the app. 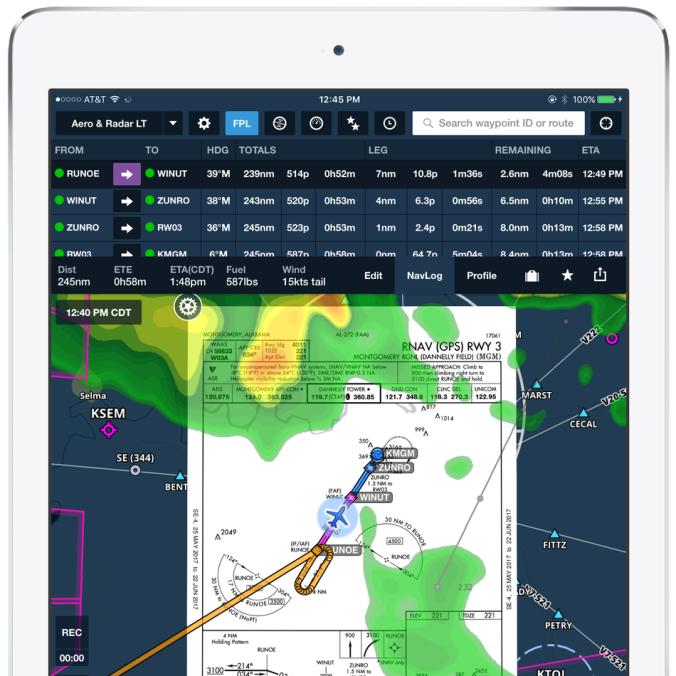 But as you see it looks just awesome. With weather overlays and charts depicted just on your map you might have all what you need. 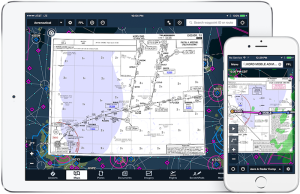 Your are able to use ForeFlight on two devices at the same time. So for example on your IPAD and you IPHONE. And you can show the same information on both devices.

And in connection with ForeFlight WEB you have the perfect tool for all your “virtual” flying. Althouhg some might say its an overkill, but i love it. 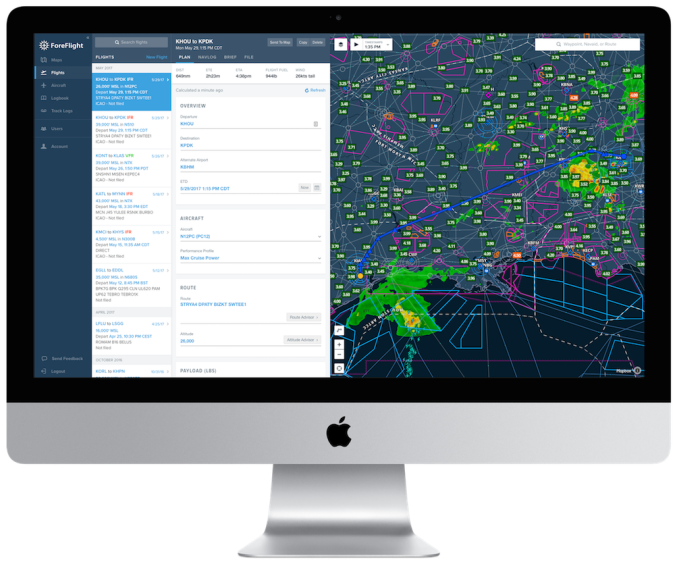 You have more or less everything needed for real navigation in there in together with FSX Flight, a GPS application streaming your positiondirectly to the ForeFlight Servers or directly to your IPAD, you will never want something else anymore. I have posted some photos already on my FB or IG account of ForeFlight in action and will definitely show more stuf in the future.

Here some more features of the application:

You want to do a BAW flight with real routing. So just type the flightnumber and ForeFlight Servers together with Flightaware.com are giving you the correct routing.

Show you the best routes between airport A and airport B.

as it states, its keeping track of your flights. 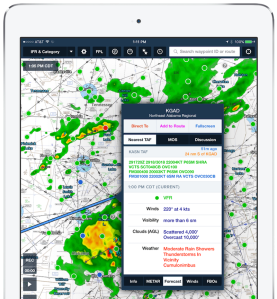 With WX overlay on the map and decoded weather for every airport which is transmitting weather details, you are always on top of the game. 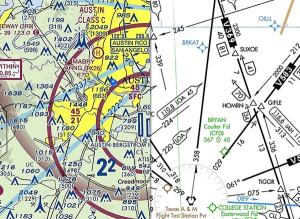 you can use the app for both types of flying.

several possibilities to show different information on your map. If you like you can show all, but then you would need some beefy IPAD there. 🙂

are aso a nice feature of ForeFlight. You can keep track all the time on your aircraft. Including Height, Speed, Track, ETE, Traffic around you, etc.. Especially nice when you use PSX Real Traffic.

If you need more insight, just drop me a line.

Photos, Pictures and Logos are courtesy of Navigraph / Jeppesen and ForeFlight