As some of you might have seen on my facebook page or on AVSIM, there is a small little program out there, developed originally for PSX Aerowinx, which injects real world traffic into your simulator. Yes REAL WORLD / REAL TIME Traffic!!!

As i never flew with AI and always just online, to have the “ATC” experience, i have been a little sceptic, but decided to give it a try. See here below…

First i downloaded the PSXSeecon Traffic program and VMR Generator for AI Traffic generation, developed by Nico Kaan, from his homepage http://www.lekseecon.nl/PSXseeconTraffic.html.

Second i went over to this page Inside Systems to download the RealTraffic for PSX program which streams the real world live traffic from the Foreflight servers into your simulator. This little addon costs 9,99- USD per year, but is definitely worth it. 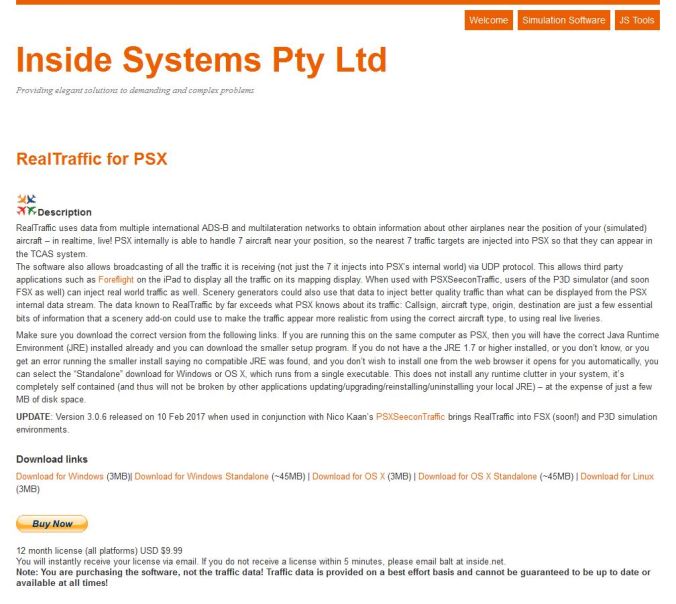 Both installed and setup according to the manual, i needed to test it immediately. As i am running both program of my sim machine, i just had to rename the simconnect_networked.cfg to simconnect.cfg and set the IP address in it to 127.0.0.1.

But before starting up you have to setup all the parking positions for the single airports. This is done easily by choosing the directories as shown here below. According the manual you can set a percentage which should be taken for the amount of positions. I took 100% as my PC can handle it, but for others i would suggest to go for lower.

In P3D or FSX set your traffic to 0 all the way down. Because all the traffic is injected by this program and you dont need no traffic set up in your sim.

No you can start up you simulator and the programs. 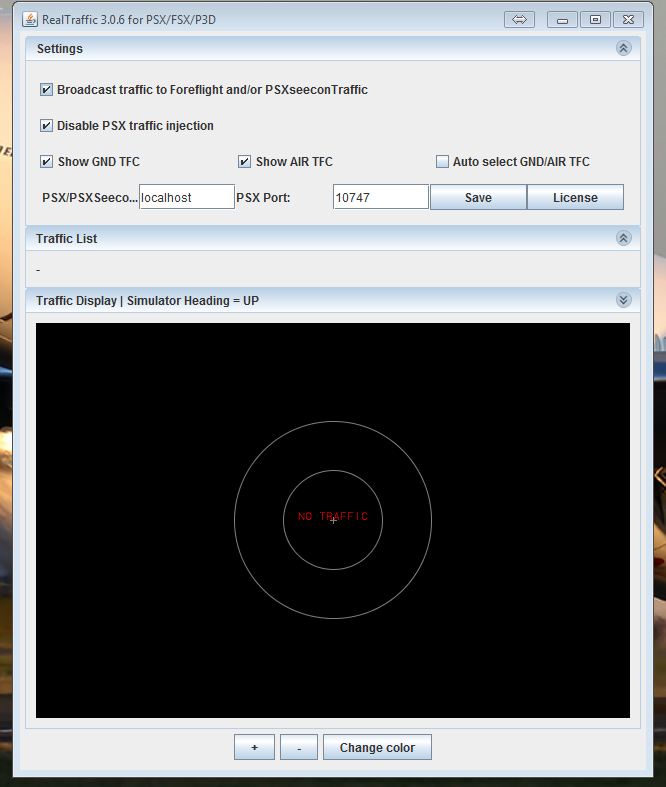 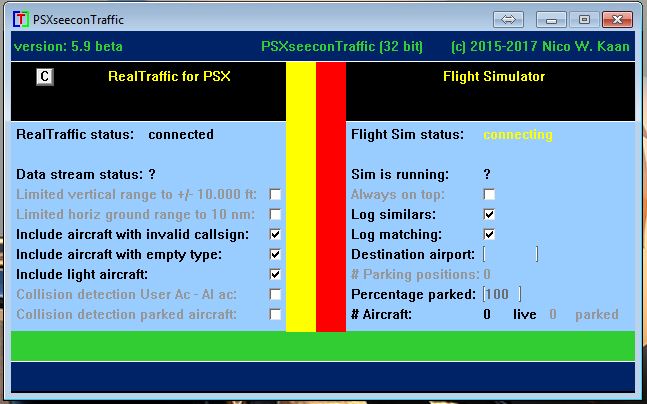 That you see upon starting up PSXSeecon Traffic and RealTraffic. Once your Sim is up and running it looks like this:

You see on the right tab, parking positions in Dubai are 165 according the fetched AFCAD and currently we have 30 aircraft airborne and 143 parking on the airport.

If you turn down the percentage parked, you will have less aircraft parked on your airport.

If you are then taxiing or flying it looks like this (sorry for the quality, photos are done with my cellphone): 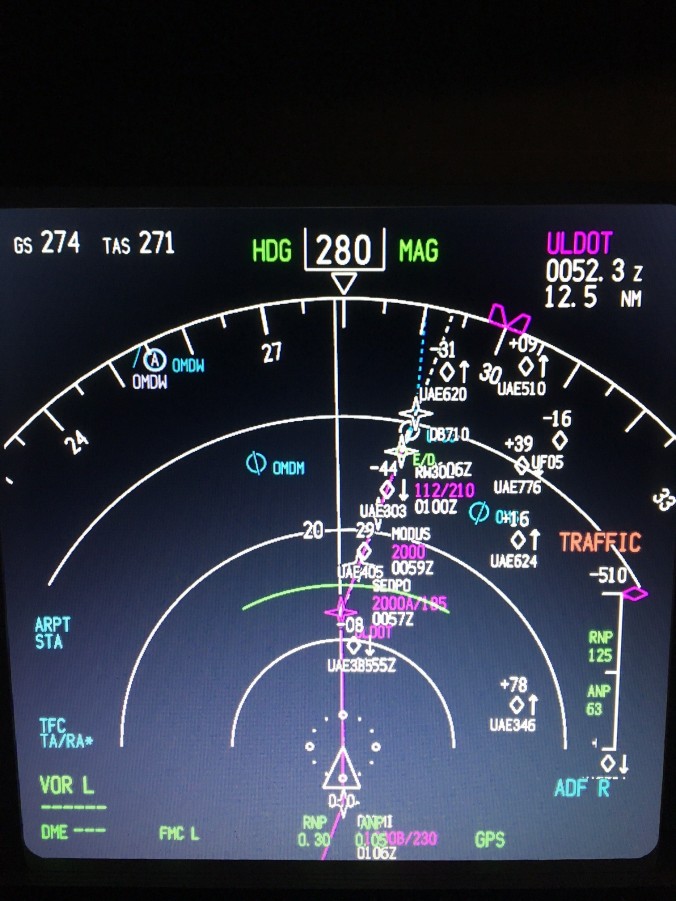 Lining up for final 30L OMDB 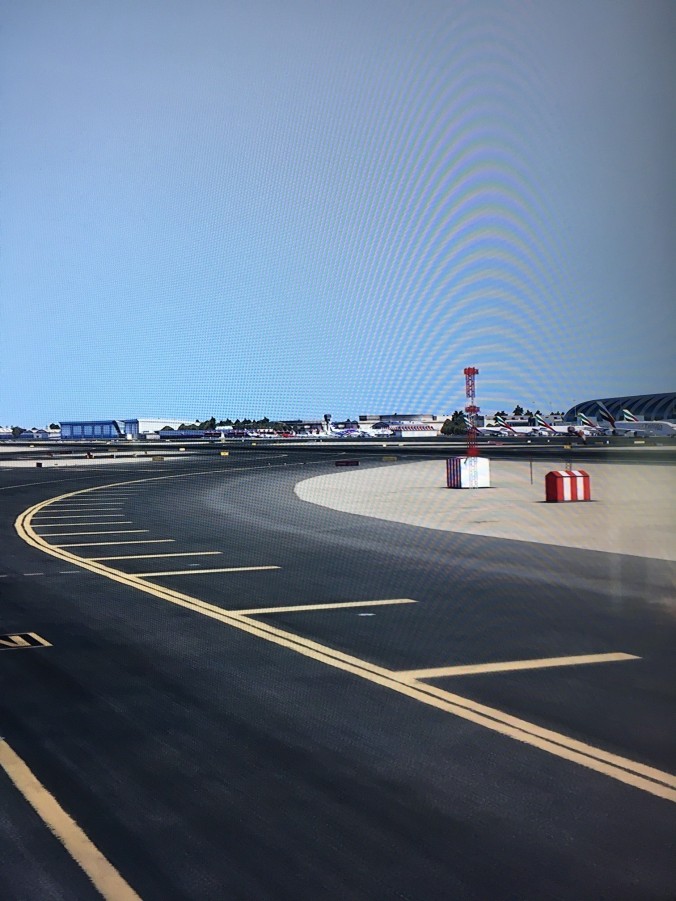 Traffic parking at the terminals in OMDB.

In conclusion i just can say, that this tool is awesome and give so much more immersion to you simulator. Thanks to Nico Kaan and Balthasar Indermuehle for their awesome programs.

I am completely fond of it and its awesome crossing the atlantic or flying into DXB with that amout of traffic.

I can only recommend those tools and tell everyone to give it a try. It is worth it.

9 thoughts on “Are you prepared for Real World Traffic??”